India has joined the bandwagon of indirect tax reforms. The Empowered Committee of the State has announced in the first discussion paper on 10.11.2009, that there will be a plan to levy a “Dual GST Scheme” in India, read both the Center and the States will have the power to levy the GST taxes.
The scheme though originally was supposed to be realized from 1st April 2016, several hurdles pushed the date further as the ruling party did not have the majority in the Rajya Sabha back then. Most of the states too expressed their grievances against the tax for one reason or the other. 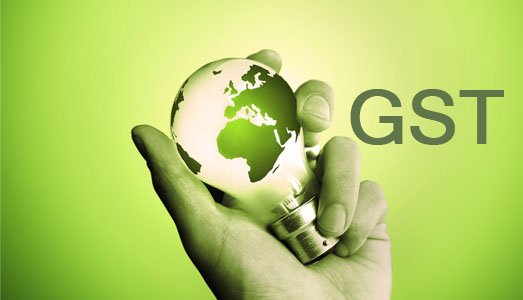 Constitutional alteration - While the Center has the power to impose the GST tax services till the production stage, the States have the onus to tax sale of goods. While each of powers cannot be swapped with one another as the States cannot levy a tax on supply of services while the Centre cannot impose a tax on the sale of goods. The Constitution does not put the power baton on any one of them (State or Center) exclusively, to levy a GST tax. Furthermore, the Constitution falls short of empowering the States to levy import taxes. Therefore, the Constitutional Amendments empower the Centre to levy taxes on the sale of goods and States and also to impose both service tax and import tax.

What is Goods and Services taxes?  Goods and Service Tax or (GST) is a comprehensive tax levied on the manufacture, sale, and the consumption of goods and services. The Center and the State governments do away with all the indirect taxes.

GST is levied on goods and services under which it is mandatory for each person to pay tax on his output and is imperative to pay the (ITC) or input tax credit on the tax paid on its inputs and outputs.

Aims and objectives of GST: The Goods & Service Tax (GST) aims to do away with the double taxation or the cascading effect of taxes on both the production and distribution cost of goods and services. Eradicating the cascading effects of the tax on tax which burdens the final consumers will greatly improve the competitiveness of the ultimate goods and services in the market. This competitiveness has a number of positive repercussions and one of them is certainly a positive impact on the GDP growth of the country.

It goes without saying that the Introductionof a GST substituting the existing multiple tax structures of Centre and State taxes is certainly welcomed with open arms by the consumers. GST will most importantly eliminate the cascading effect on the sale of goods and services. This will impact the cost of goods. The cost of goods shall also decrease chiefly because the tax on tax effect will be done away with, forever.

GST is transparent and embodies current technology. As most of the activities related to the GST is technology-driven. Activities such as registration, application for refund, filing returns, and response to notice are all completed on the GST Portal. This accelerates the entire process. The GST regime is likely to bring a whole new era in the country and the common people will certainly benefit from it in the long run.

Why is Outsource Accounting Required in Business to get Benefits?

The long-term success of your business will be based on how well you maintain your finances today, and how do you plan for the future. This ...